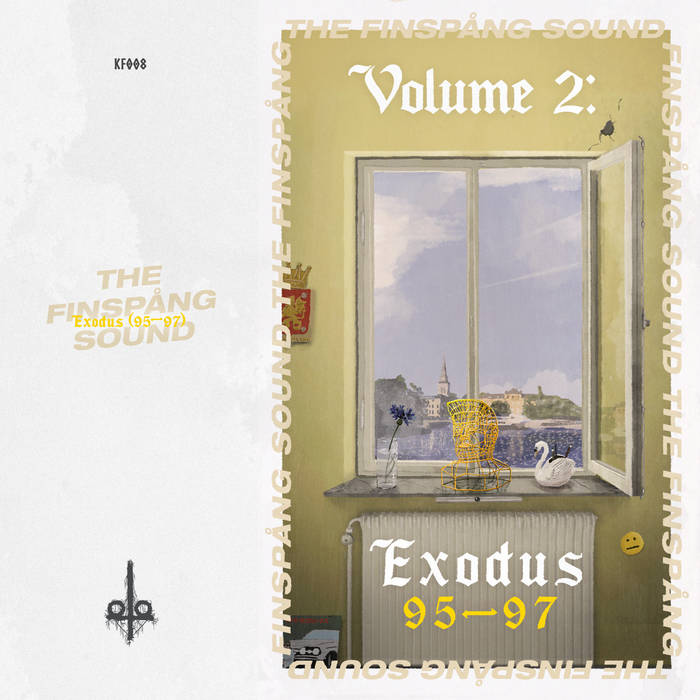 “Just after new years of 2017/2018 we found a big box of lost cassette tapes at a car boot sale in Rejmyre, Sweden. It turned out to be a collection of live recordings, demos and other cassettes from the now quite forgotten "Finspång Sound" an underground electronic music scene/dance craze in Sweden starting in the early 90s. Together with one of the artists - Florian Wulffpeckrl - we set out to chronicle and to some degree immortalise the scene.”
-Magnus Lenneskog (S), Kronofonika

Following up on last years Industry disrupting Finspång Sound Vol. 1 - Genesis : 92-94 the soundscapes are shifting, the by now established IDM (Intelligent Dance Music) has made its mark. The influence of Scanner, Future Sound of London and Autechre is notable, one of the new acquaintances we make even has a name clearly derived from the latter; Åtäkten. We are also pleased to say there are some recurring faces too, Dyngherren, Yukiko Jansson and Florian Wulffpeckrl himself is back! Although a noticeably older and more seasoned rendition.

After a failed attempt at commencing an affair with Yukiko Jansson Florian moved to Karlstad (Hence Exodus) to pursue the scoring of Bo Wederfjells Kalevala, a never finished “mastodon film” based on the finish national epic of same name but set within a group of youngsters in a current day suburb of Karlstad. Whilst working on this Florian would still attend and occasionally DJ at the parties back in Finspång, but his general absence had profound effects on the Finspång Sound, mostly for the better, some would argue, one of them was Yukiko Jansson:

“With Florian gone from the scene we finally felt we could do music fitting the space. The parties we were putting on at the time had gone from fertilizer fueled raves to interactive sound installations, we were all making it together you know, everyone was a participant on equal measures. When Florian was there it was all about him. I think he just didn’t get it.”

Bandcamp Daily  your guide to the world of Bandcamp